In mid-November 2019, MOST will officially present its new promotional vehicle, the EXPOSER.

With its racy design, the EXPOSER will complement MOST’s futuristically-designed FUTURIA Boxx, which has a long-established record in the class of promotional vehicles weighing between 3.5 and 4.5 tons.

As different as these two vehicle models by MOST look at first glance, the EXPOSER and the FUTURIA Boxx share much of their most important technical DNA. They come equipped as standard with air suspension, for example, and feature ultra-low access to the exhibition / training space. Like its design brother, the EXPOSER also has a fully-insulated vehicle body and the same spacious interior.

Guenter Hofbauer, who has overall responsibility for vehicle design and development at MOST explains:

“With the design of the EXPOSER, we put a little bit less emphasis on maximum attention when it comes to the design language; the stress in on more conventional functionality in combination with sporty and aerodynamic design elements. And these, of course, once again set the EXPOSER apart from the rank and file of promotional vehicles”.

Sporty design along with weight reduction

Thanks to the EXPOSER’s sporty and dynamic design it was also possible to achieve a significant reduction in the overall height of the body compared to the big-brother-like FUTURIA Boxx. This makes for greater fuel efficiency while also lowering the EXPOSER’s weight by about 200 kg.

Overall, the EXPOSER – as MOST’s new promotional vehicle line – will live up to the same expectations in terms of easy handling and the customary range of equipment and features as its big brother does. And its young, dynamic design will also please price-sensitive customers.

In any case, we look forward to the EXPOSER’s launch in a few weeks with great anticipation. 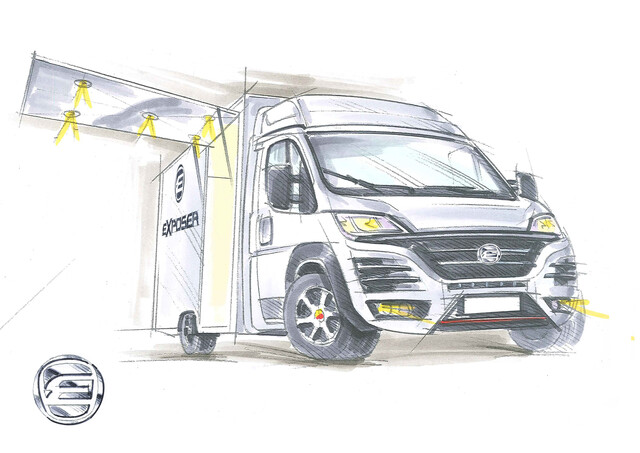 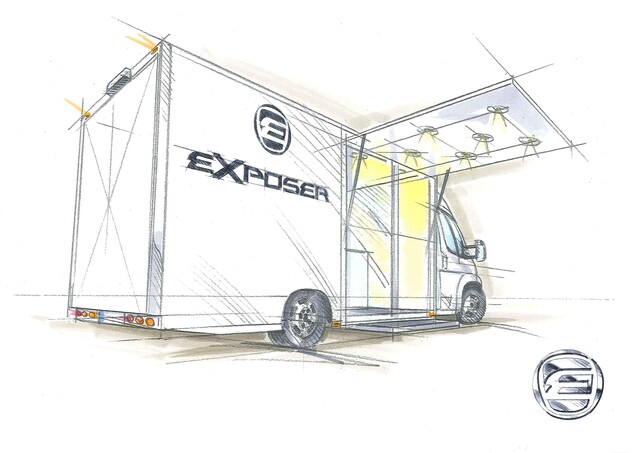 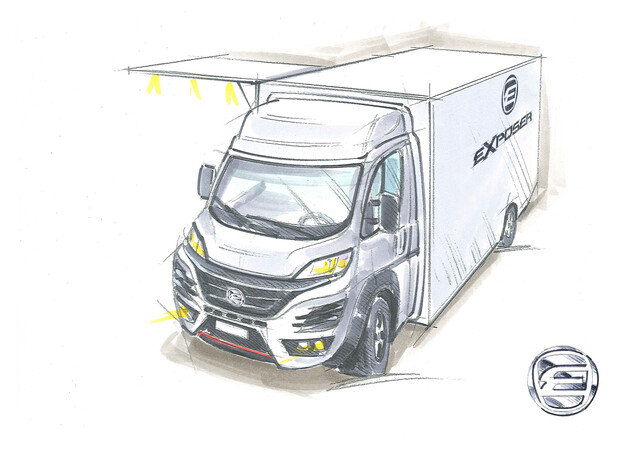 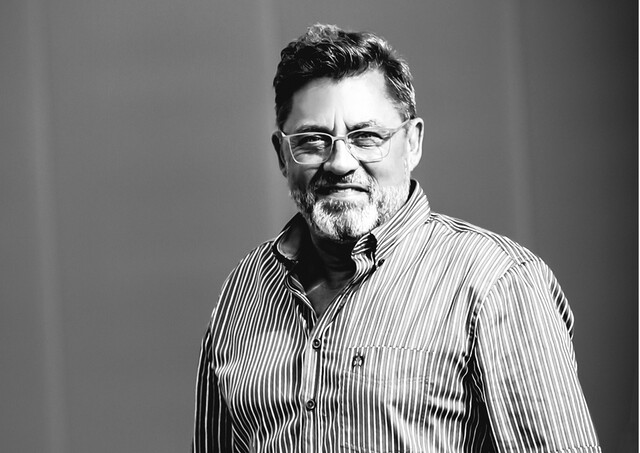