For Fürth, 1818 was a special year. This is the year in which the Bavarian Government granted the town “class 1” city status, meaning that Fürth was henceforth responsible for its own administration. The bi-centennial is approaching in 2018 – a wonderful opportunity to celebrate!

As experts for roadshows and mobile promotional campaigns, MOST is making available a Ford F-100 plus a driver to help Fürth mark the bicentennial of its founding with a special highlight.

This very extraordinary truck was used by the Governing Mayor of Fürth, Dr. Thomas Jung, to visit mayors across eight Bavarian cities. Its flared fenders, the large radiator grille and the classy two-colored vehicle body make the FORD F-100 pick-up a peerless eye-catcher. “Anyone standing at the roadside or approaching by car – no matter what their age – will be delighted at the sight of this truck. “Many of the spectators gave it a spontaneous thumbs-up”, according to Günter Hofbauer, Managing Director of MOST GmbH.

Yet another highlight for Fürth’s festival year was the annual kermesse procession through Fürth’s town center on the occasion of the Michaelis Kermesse. An estimated two million visitors witness it year for year. MOST’s vintage truck was really able to shine in the presence of 130 000 enthusiastic spectators who had lined up along the streets to live broadcasting by the public broadcaster Bayerischer Rundfunk (BR).

Being chauffeured on the truck bed were two thoroughbred comedians, Volker Heißmann and Martin Rassau who are a regular feature of Waltraud & Mariechen (Rassau & Heißmann), BR’s most popular TV show. Some 7.500 live performances were watched by an audience of approximately three million, including 3.000 when they took their tour through Germany, Austria, Italy and Switzerland. They experienced sold-out performances in arenas such as Munich’s Olympic Hall, the Alte Oper (Old Opera) Frankfurt or the Wiener Stadthalle, a multi-purpose indoor arena. Günter Hofbauer of

MOST Roadshow Experts was more than happy to take the opportunity to personally chauffeur these two iconic comedians: “Driving Volker and Martin past thousands of cheering fans was an incredible experience. You might occasionally even be overcome by the thought that the applause is meant for you and your car”, he said with a mischievous grin. There shall be another opportunity in the future. 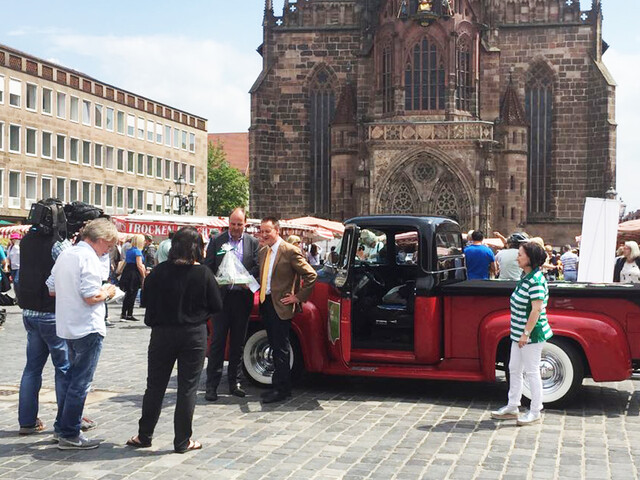 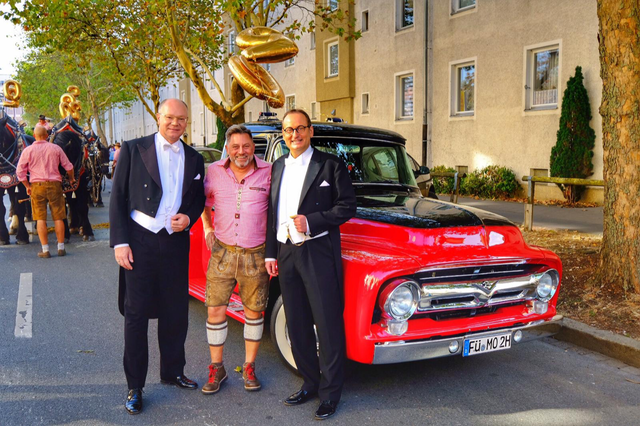 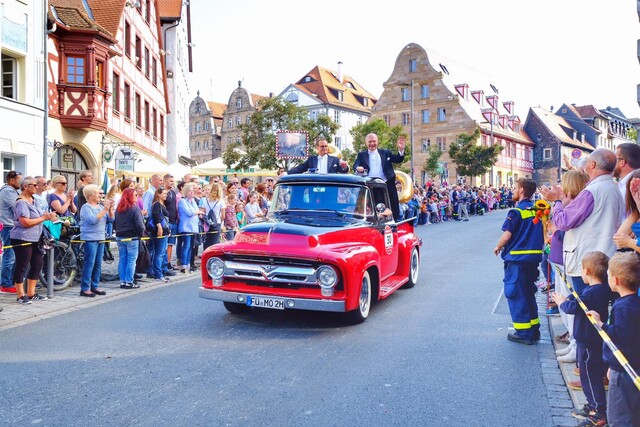 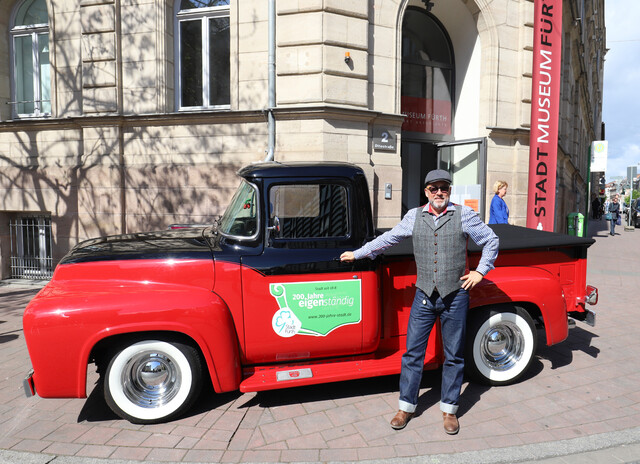